The adopt dont shop movement has great support from a large majority of the community. In fact, there’s such a strong belief system behind the coined phrase that breeders are deemed to be “part of the problem” when it comes to the issue of cat and kitten overpopulation.

The statistics for the number of animals that are brought to the shelters every year is staggering. Especially since only 64% make it out alive. Let’s look at some of these numbers [specifically] for cats.

These statistics vary across different websites that provide this data, so a general consensus is used in this article. Most data coming from ASPCA website.

Breeders Aren’t the Reason the Shelters are Full!

Responsible pet owners spay and neuter, regardless of where the pet comes from. Negligent pet owners are the reason shelters are full.

If you consider the amount of stray cats that are living on the streets, you can most likely trace them back to a pet owner who willingly allowed the intact cat to roam freely outdoors. There are many reasons people will “kick their cat outside ” but mostly stem from inappropriate litter box behavior or scratching of furniture. Some will even try to convince you that the cat likes it better outdoors.

What Happens When Kittens are Born in the Wild?

All it takes is one intact female and one intact male cat to be outside to start an entire colony of feral cats. What happens to the kittens?

Have You Ever Seen a Litter of Pedigree Maine Coon Kittens in the Shelter?

The answer is no. While it’s true that you may find a random Maine Coon adult that has been abandoned by it’s owner, it’s just not likely that you’ll be able to walk into a shelter and adopt a Maine Coon kitten.

Why do you think that there are not any Pedigree kittens in the shelters? It’s because responsible breeders do everything they can to ensure that their kittens are placed in the hands of responsible pet owners. Unlike animal shelters, breeders offer the owners of the cat the opportunity to return the cat if he is unable to care for them, at which time the breeder will find the cat a new home. Breeders don’t want their kittens to end up in the shelter. Our job is preserve and protect the breed!

One of the primary responsibilities of a breeder is to protect and preserve the animal’s heritage. This means doing enormous amounts of research about bloodlines history and DNA before ever allowing two cats to mate.

The ultimate goal for a breeder of any Pedigree animal is to carefully select the parents that when mated, will produce the healthiest, most beautiful representation of the breed. There is a lot of thought and work that goes into that process. Maybe one that doesn’t get recognized enough by the adoptdontshoppers.

There is so much thought that goes into producing Maine Coon kittens that people on the other side never get to see. Responsible breeders choose the healthiest cats first, with the best temperaments, all while striving to keep or improve the breed standard.

Another step in the process that is on polar ends of the earth from the shelter process is that breeders selectively choose where their offspring will spend their lives. This final decision that is made by breeders is the ultimate one, since this kitten will be under their care for many years.

Pets shouldn’t be easy to acquire

In many cities across the United States there are “adopt a pet for free” days. This event is huge. It’s supported by the “adopt dont shop” movement. It’s when all of the shelters and rescues in the city bring all of their animals to a giant venue and allow the public to adopt one at no charge.

I totally understand the reason behind these events is because of overcrowding In the shelters. It’s certainly a better solution that the alternative that shelters offer.

On the other hand, adopting a pet is like adopting a child. That pet will be under your care for it’s entire life. That’s such a huge commitment! Pets enrich people’s lives, there’s no doubt. There should be some sort of token that someone has to pay in good faith in exchange for an animal.

Adopt Dont Shop is All About Perspective

Sometimes people get caught up in hype, or trends without really knowing the facts and the data behind the movement. Adopting a pet is wonderful milestone in your life. No matter where you get your kitten from, they are sure to bring you joy, laughter, and sometimes even tears.

Ultimately, how and where we obtain our preferred pet is a choice that we all have. If you choose to adopt don’t shop, no one will condemn you for that. If you choose to shop for a pedigree cat from a Maine Coon breeder, no one SHOULD condemn you for that. 🙂 Regardless of how you acquire your new family kitten, bringing a kitten home is always exciting and memorable. You should always be sure that you’re ready for the lifetime commitment of a new kitten, regardless of where you get it! 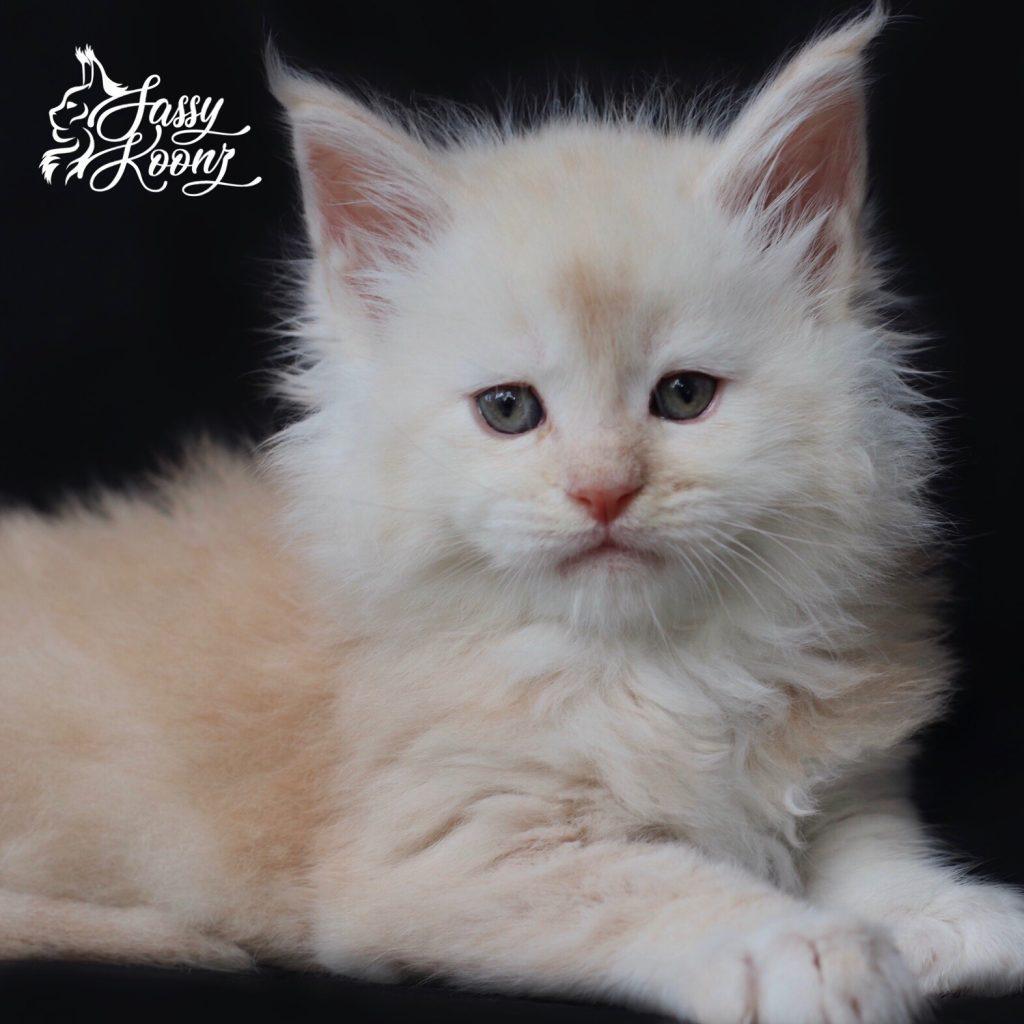 If you’re ready to add a Maine Coon Kitten into your life, Sassy Koonz Maine Coon cattery is honored to be your choice.
Adopt a Retired Maine Coon

My name is Tracy Caywood. I live in Jacksonville Beach, Florida and I'm the Guardian of the Sassy Koonz. My goal and passion is to provide you with education, inspiration, and healthy, well-socialized beautiful Maine Coon babies that you'll love forever.

This site uses Akismet to reduce spam. Learn how your comment data is processed.